In January of 2017, my amazing, curious, energetic, & intelligent son, Jamar Calvin, was diagnosed with Autism Spectrum Disorder (ASD). After two years of meltdowns, teacher conferences, doctor visits, and missed diagnoses we finally had an answer–autism. That’s what we had been fighting to understand this whole time. That’s what made our son so unique in how he sees and experiences the world. FINALLY we knew what we were up against. But this was only the beginning.

My son’s life has been anything but predictable. We was born 2 months early, because he was so tangled in his umbilical cord that our Perinatologist felt there was risk of him being stillborn if we didn’t deliver early. He spent 28 days in the NICU before coming home. But he hit many of his developmental milestones (adjusted by 2 months). He sat up on time, started crawling, and walking when we expected he would. But he had a hard time adjusting to new environments, he was sensitive to loud sounds, and he had a really difficult time accepting change would led to EPIC meltdowns. When he turned 2, he was saying less than 20 words (the average is at least 50), so our pediatrician recommended speech therapy. We started immediately.

We had been blessed to have him in an amazing in-home, licensed daycare owned by our now dear friends Dawn and David Galloway. Dawn (who is trained in early childhood education) recommended we consider having Jamar evaluated for PPCD (Preschool Programs for Children with Disabilities).

I was adamantly against that. “My son does not have a disability!”

I know how our system works and once you label a kid, they get stuck with that label. I didn’t want that for Jamar–not if we could avoid it. But after some prayer and talking it over with my husband, we decided to have him evaluated.

Jamar qualified for PPCD because of his speech delay and because, based on the initial evaluation and our concerns, they suspected he might have autism. He started PPCD the Spring on 2015 and it was great! The support he received from our local elementary school was amazing. But around the same time we also started him in a new daycare and everyday was a challenge. I was constantly being called to come pick him up because he was “too much to handle.” After a few months, we decided we needed to find out if our “suspicion” of autism was more than just a suspicion.

We took him to one of the few pediatric neurologists in our area who specialists in autism and is covered by our insurance.  This doctor spent 30 minutes with us. 30 MINUTES! During which time he talked briefly with my husband and I, interacted with Jamar for maybe 10 minutes, scribbled some notes on a piece of paper and told us Jamar only met 3 of the 4 requirements for autism so he didn’t feel comfortable giving him that diagnosis.

SIDE NOTE: The 4th criteria Jamar didn’t meet was avoiding social interaction–anyone who knows my son knows that he LOVES people. But he has social challenges. He avoids eye contact, doesn’t always pick up on basic social cues and he has unsafe boundaries with strangers (by “unsafe” I mean he talks to and tries to hug everyone–from the cashier at Home Depot to the panhandler just outside his window while we’re sitting at an interaction). So because Jamar was able to interact and engage with the doctor during the 10 minutes he visited with him, the doctor didn’t pick up on any of those challenges.

He sent us away–with no diagnosis and no explanation as to why my 4-year-old was having such a difficult time following social norms, adjusting to changes, having extreme meltdowns 2-3 times a week, and nearly getting kicked out of daycare (I almost cussed out his teacher on at least 3 occasions, but thankfully the Holy Spirit held my tongue #JesusTakeTheWheel #ThankYouLordForSavingMeFromMyself).

So we went another year, still not knowing how to help him.

When we met with the special education coordinator for his annual review, we decided to request an official evaluation for autism through our school district. They were VERY thorough. The diagnostician spent two hours with my husband and I, as well as, his teachers to evaluate his behaviors, social skills, and academic skills based on our observations. THEN she spent several hours observing Jamar herself in different environments including, in his PPCD class, at daycare, and in the playroom at her office. After two weeks, she had a 20+ page report on him! She spent an hour walking through every page of the report with my husband and I and at the end she said, “based on this evaluation, I can confidently say Jamar is on the autism spectrum and will be able to continue receiving support through special education.”

This diagnosis sent me into a research frenzy. I scoured scholarly articles online and spent hours in my local library pouring over books on autism. There is SO. MUCH. INFORMATION. And it was sooooo overwhelming. But my research told me that Jamar needed ABA therapy which stands for Applied Behavior Analysis. The goal of ABA therapy is to help children with autism increase helpful behaviors (things like: following instructions, responding when asked questions, making eye contact) and decrease unhelpful behaviors (for example: meltdowns, eloping, physical aggression). So we spoke with and visited several therapy centers.

For Jamar, we knew he needed help adjusting to change and transitioning from one activity/environment to a new activity/environment. After 3 months of therapy, he was improving by leaps and bounds. When he returned to school that next Fall his Special Education teacher said, “It’s like he’s a whole new kid!” He was now able to walk safely in the hallway with his peers, he was engaging in class and participating in activities, and he wasn’t having meltdowns. Our ABA therapy center (Cultivate Behavioral Health & Education) provides ongoing parent trainings, support with his teachers at school and at his after school program, and his ABA therapist also supported us at Jamar’s last Annual ARD* meeting where we determined the learning goals for his IEP**.

Jamar has been doing great and exceeding all our expectations. We’re so thankful for all the support we’ve received from his teachers, the staff at his school and his therapy team. This journey has had many ups and downs, twists and turns and there have been many tears along the way (mostly mine ❤ 🙂 ).

If you’re walking through this journey too, I want to encourage you to persevere, fight for what your child needs, and don’t give up. You CAN figure this out and there is a whole community of parents with special needs children who you can call on for support. Here are a few things I wish I had known when we started this journey and resources we found along the way that were game changers.

(*Heavy Sigh*) I know that was a lot. But my hope and prayer is that someone will read this post and be encouraged in their own journey or have more compassion for those experiencing a journey like ours. If you find this helpful, please, please, please pass it along. I wish I would have seen more stories of other people’s journeys and successes when we first began. Thank you all so much for reading and please ask me any questions you have in the comments. 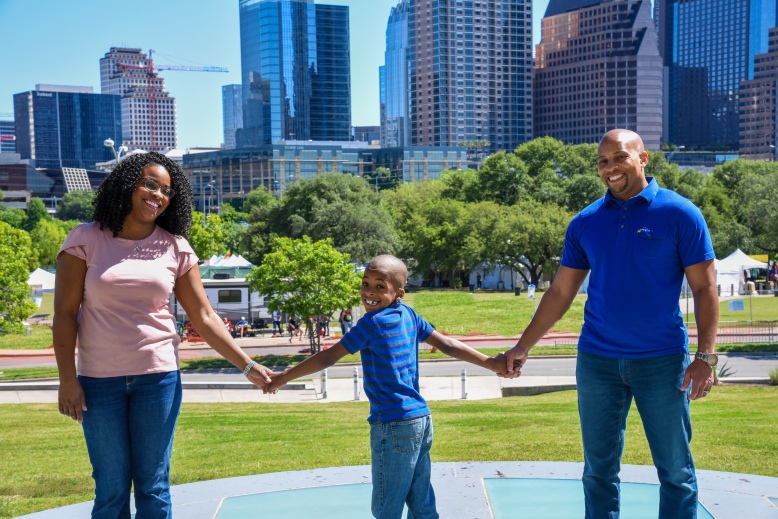